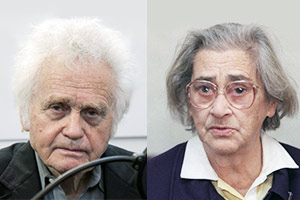 In light of the request by the USSR for renewal of its financial credits and “most favored nation” status, we wish to report that brutal events virtually unknown since Stalin’s time are occurring today in the Soviet Union.

Soviet army and special troops have been systematically deporting thousands of Armenians, even entire villages, from Azerbaijan to Armenia, according to a group of participants in the first Sakharov Human Rights Congress who visited the region last week. [A report by two observers appears below.] Soviet tanks and helicopters surround the villages. The men are separated from their wives and children, they are often beaten and tortured, sometimes killed.

The fate of most is unknown. The women and children are evacuated by helicopter to Armenia. By giving this kind of support to the Azerbaijanis, the Soviet central government is not only flagrantly violating the human rights of thousands of Armenians, but intensifying the instabilities of this volatile region. To extend the Soviet Union’s credits and “most favored nation” status under these circumstances would be to countenance the current tragic situation and perhaps even encourage a worse one.

The Armenian crisis is the most urgent case today of violence and human rights violations by the Soviet government. The deportations and violence must be halted immediately. We urge you and your colleagues to consider that a necessary condition for extending the Soviet Union’s credits and “most favored nation” status.