Resolution on the situation in Armenia 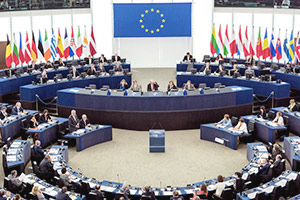 RESOLUTION
on the situation in Armenia
The European Parliament,

A. having regard to the serious humanitarian and economic situation in Armenia following the earthquake in 1988,
B. concerned at information from Soviet opposition groups showing that 500 000 people in Armenia are homeless and some 100 000 Armenians are traveling the Soviet Union in search of homes and jobs,
C. dismayed that a large proportion of the aid destined for the suffering Armenians has failed to reach them,
D. concerned at the human rights situation in Nagorno-Karabakh, which is administered by Azerbaijan against the will of the majority of its inhabitants, more than 75% of whom are Armenians, and at the continuing violence in Azerbaijan,

1. Calls on the Commission and the Foreign Ministers meeting in EPC to urge the Soviet government to improve the humanitarian and economic situation in Armenia and to request the Soviet government to seek a peaceful solution for Armenians in Nagorno-Karabakh and else-where in Azerbaijan;
2. Calls on the United Nations to take a more active role with regard to the problem of refugees and homelessness in Armenia;
3. Resolves to send a small delegation to Armenia and Azerbaijan to report to Parliament and the European public on the situation of the Armenians;
4. Instructs its President to forward this resolution to the Commission, the Council, the Foreign Ministers meeting in EPC, the governments of the Member States and the government of the Soviet Union.