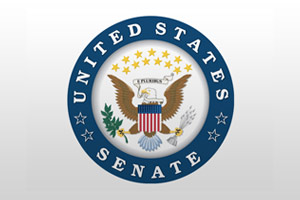 Whereas the Government of the Soviet Union has refused Armenia’s request to convene a special session of the Union of Soviet Socialist Republics Supreme Soviet to resolve the Nagorno-Karabakh crisis;

Whereas Soviet and Azerbaijani forces have destroyed Armenian villages and depopulated Armenian areas in and around Nagorno-Karabakh in violation of internationally recognized human rights; and

Whereas armed militia threaten stability and peace in Armenia, Nagorno-Karabakh, and Azerbaijan: Now, therefore, be it

Resolved, That it is the sense of the Senate that the Senate–

(1) condemns the attacks on innocent children, women, and men in Armenian areas and communities in and around Nagorno-Karabakh and in Armenia;

(2) condemns the indiscriminate use of force, including the shelling of civilian areas, on Armenia’s eastern and southern borders;

(3) calls for the end to the blockades and other uses of force and intimidation directed against Armenia and Nagorno-Karabakh, and calls for the withdrawal of Soviet forces newly deployed for the purpose of intimidation;

(4) calls for dialogue among all parties involved as the only acceptable route to achieving a lasting resolution of the conflict; and

(5) reconfirms the commitment of the United States to the success of democracy and self-determination in the Soviet Union and its various republics, by expressing its deep concern about any Soviet action of retribution, intimidation, or leverage against those Republics and regions which have chosen to seek the fulfillment of their political aspirations.