Operation Ring eyewitnesses and survivors about atrocities of Azerbaijani OMON 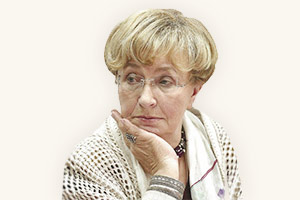 The website Karabakhrecords.info continues publishing evidence and documents concerning the Operation Ring in spring-summer of 1991 during which the population of about 30 Armenian villages of Artsakh underwent terrorist actions, violence and were deported from their native places by the Azerbaijani OMON.

The materials of protocol of the interviews of the Operation Ring witnesses are published in the newspaper Democratic Russia, N 13, 1991, under the authorship of the Russian journalist, human rights activist and public figure Lydia Grafova.

…on April 28 or 29, I don’t remember exactly, my wife came home disturbed and told me that we should run away from the village and hide in the forest, it was secretly advised by the Russian military – “or it will be bad for you” … Waking up on the next day, we saw that there are no Russian soldiers in the village who protected us from attacks until then.

…We saw that on the hill, a few hundred meters from our house, there were seven tanks and their muzzles were directed at the village … A bit later shooting from guns and assault rifles started … Houses burned, roofs flew up in the air … Helicopters appeared in the sky and began shooting at the village. And this went on for about two hours. After the fire ceased, we learned that five of our fellow villagers were killed… The corpses of Hovhannes Hovhannisyan and Amir (Shamir – ed.) Alkamyan were crushed under tanks…

On April 30 … people in military uniform rushed into the apartment and demanded documents. My seventy-year-old mother and the thirteen-year-old son were at home… They struck me with the iron part of the gun in the head, demanding to sign a document that my family wished to leave the village voluntary … Meanwhile, the OMON officers turned everything in the apartment, beat my mother, and grabbed my son by the throat … He spat in my face and said, “Your place is in Yerevan, you go there, and this is not your land.” I was taken to the garage of the farm. There were 29 hackneyed and wounded men from our village lying on the floor, including my husband … Then we saw … that our house had completely turned into ashes…

…Mother tried to calm the child, but OMON fighters grabbed her and threatening to kill the child wanted to rape her. Laura declared that she had lived in Russia for twenty years and she knows high officials there. After these words they released her.

May 15: village Ekhtsaog of Shushi region:

About twenty OMON fighters rushed into Hamayak Gabriyelyan’s house and beat his son, stole 1,500 rubles, his wife’s rings and took both men hostage. Later they returned to the house, beat his wife and their fifteen-year-old daughter, tore her clothes and stuck a stick into the vagina.

Six OMON fighters broke into Anushavan Grigoryan’s house (born in 1952) where his pregnant wife and nieces of 15 and 16 years were. When the OMON fighters tried to rape the pregnant woman and the teenage girls in the basement, Grigoryan, the father of three children, rushed to the aid, but was killed right there with several shots …

From the letter to the USSR president Mickhail Gorbachev from Taguhy Sargsyan, an inhabitant from the village of Jraberd (Jilan), Hadrut region (recorded with her words under dictation):

I am 104 years old. My ancestors and my four sons were born in the village of Khtsaberd. They fought at the front. And here in broad daylight the crowd suddenly broke into my house … They broke and destroyed everything… When I said that even if they killed me, I wound not leave my home, the Azerbaijani policeman kicked me in the chest. I fell down. But when they snatched on my son and the daughter-in-law, I said that I would leave, only don’t kill them.

God punished me that at my age I didn’t go blind, I saw what a person shouldn’t see… We were long carried on the car scantily clad and literally thrown out in the open field, like firewood. There was a-few-days old baby among us. The hackneyed old man Edik Aleksanyan died on the way.

… So, I lost everything, lost my house which I had never left for my 104 years … I have nothing to ask but granting me the right to die in my house”.

Note that Lidiya Grafova is the chairman of Executive Committee of the International Public Movement for the migrants and their associations, the editor-in-chief of the independent magazine Migration — the XXI Century, a member of the Government commission of the Russian Federation for migration policy and the member of Public Council at FMS of Russia. Winner of the award “Golden Feather of Russia.”