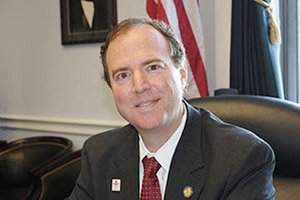 U.S. Representatives Adam Schiff (D-CA) and David Cicilline (D-RI) offered strong condemnations of the Azerbaijani massacres in Sumgait, Baku and Kirovabad and spoke out in support of the democratic right to self-determination of the people of Artsakh in powerful statements issued in commemoration of these crimes, reported the Armenian National Committee of America (ANCA).

According to Cicilline, “The Sumgait massacre is a black mark on history and sadly, this event sparked further violence as Armenians would be targeted less than 9 months later in Kirovabad and again in Baku in 1990.”

He noted that from the earliest days of its formation, the Republic’s freely elected governmental bodies have helped build an open democratic society through transparent elections and it is critical that the United States support independence and autonomy of Nagorno Karabakh.

Rep. Schiff stated that with these “appalling acts, the Azeri state reminded the whole world why the people of Artsakh must be allowed to determine their own future.”

“The memory of the victims of Sumgait must not be forgotten, and it is our moral obligation to condemn crimes of hatred, in hope that history will not be repeated,” Schiff noted.

On 26-29 February 1988 in terms of actual complicity of local authorities and inaction of the USSR government mass pogroms of civilians were organized in Sumgait city of Azerbaijani SSR, accompanied with unprecedented brutal murders, violence and pillaging against the Armenian population of the city. Armenian pogroms in Sumgait were carefully organized. At the meetings, which began on February 26 in the central square, city leaders openly called for violence against the Armenians.

On February 27 protests which were attended by hundreds of rioters turned into violence. Armed with axes, knives, specially sharpened rebar, rocks and cans of gasoline and with the pre-compiled lists of apartments where Armenians lived the rioters broke into the houses, turning everything upside down there and killing the owners. In the same time, people were often taken out to the streets or to the courtyard for jeering at them publicly. After painful humiliations and torture the victims were doused with gasoline and burnt alive. On February 29 army troops entered Sumgait but without an order to intervene. Only in the evening, when the mad crowd began to attack the soldiers the military units took up decisive steps.

The exact number of victims of Sumgait pogroms is still unknown. According to official data, 27 Armenians were killed; however there is ample evidence that several hundred Armenians have been killed in the city in three days. There is also evidence that the riots were coordinated by the Azerbaijani KGB. Executioners of Sumgait were subsequently declared as national heroes of Azerbaijan.