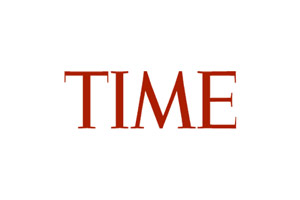 First the buzzer started ringing, then the furious knocking began. Cowering in his apartment in Baku, Ashot Arutyunov, an Armenian retiree, knew better than to open his door. The previous night, Azerbaijani thugs armed with address lists had begun hunting down Armenians house by house. If only he and his family remained quiet, Arutyunov thought, the ominous pounding would stop.

It did, but two hours later the mob returned, and this time the wooden door began to splinter under the heavy blows. Arutyunov’s wife Asya rushed to the balcony and screamed for the police. Interior Ministry soldiers arrived just in time to save the Arutyunovs from a seething rage of some 100 Azerbaijanis. “The soldiers told us to be ready to leave in three minutes,” said Asya. “But what could I gather so quickly? We left with just the clothes on our backs.”

Shielded by soldiers, the couple, their daughter and Asya’s 90-year-old mother were escorted to a car and taken first to the local police station and then to the docks of Baku. There, along with 600 other Armenian refugees, they boarded a ferry for Krasnovodsk in Turkmenistan across the Caspian Sea. “I wrote a year ago to the central government asking for a residence permit in the Moscow region, but I was turned down,” said Ashot, his eyes watery with tears. “We have no place to go now.”

The Arutyunovs’ tale is but one chapter in the harrowing chronicle that emerged from Baku last week. An Armenian resident told how a group of hooligans used crowbars to try to break down her sheet-metal door. When that tactic failed, they threatened to pour By gasoline through the mail slot and set the place on fire. “I knew it was time to leave,” said the woman between sobs. “I have nothing left now but my apartment keys.”

Even those who planned their escape had harrowing experiences. Last Sunday Marina Chobanyan, a widow, boarded the Baku-Moscow express to flee the gathering storm. She settled into her seat in the tenth car, thankful to be getting out alive; when the train did not leave on schedule, she began to worry. Suddenly a band of Azerbaijanis burst into the car. “I was ordered to hand over all my papers and valuables, including my wedding rings,” she said. “I refused, and they dragged me off the train by my hair.” Herded through the streets of Baku, Chobanyan and several other passengers were finally rescued by Interior Ministry troops. As an elderly Armenian, his cheeks wet with sorrow, put it after being spirited to Moscow, “There are more than 100 nationalities living in this country. Why does it always have to be us? Haven’t we suffered enough?”