This film is an accusation. Accusation of a Genocide committed on April 10, 1992 in the village of Maragha in Nagorno-Karabakh. The Vice-Speaker oAvakyanf the House of Lords of the United Kingdom, Baroness Caroline Cox, who arrived in the village two days after the tragedy, named Maragha the contemporary Golgotha many times over. This is 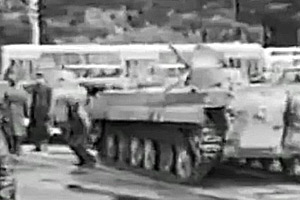 This movie is an accusation. Accusation of a crime against humanity, committed in Soviet Azerbaijan on 27-29 February 1988. Accusation of committing a genocide, that was going on in Sumgait (half an hour drive from the capital – Baku) – free and unpunished. It is a commonly held opinion that Sumgait was a response to